The world's first amusement space “Unko Museum” with the theme of “Unko(poop)”, which has a fate that it is washed away and disappeared the moment it is born in this world. Following the great popularity of the event held at the Yokohama Aso Building, the concept of "MAX Unko Kawaii" was greatly evolved as the second museum Unko Museum TOKYO at Diver City Tokyo Plaza in Odaiba, Tokyo. We were in charge of the total space production.
The museum has a poop volcano where a small poop jumps out of the volcano, "Unstagenic(instagenic) area", where cute and sparkling poops line up,"untelligence(intelligence) area" where you can learn about the world's poop goods,"Unteractive area(*interactive)" where you can enjoy poop game.
The "Unstagenic(instagenic) area", which is colored by cute and sparkling poop, has been expanded from the museum in Yokohama, and a new photo area, "UNKO MART" has been launched.
In addition, the "Unko Factory", a product sales area for everyone, has been developed in a playful and colorful atmosphere, making the space even more powerful. 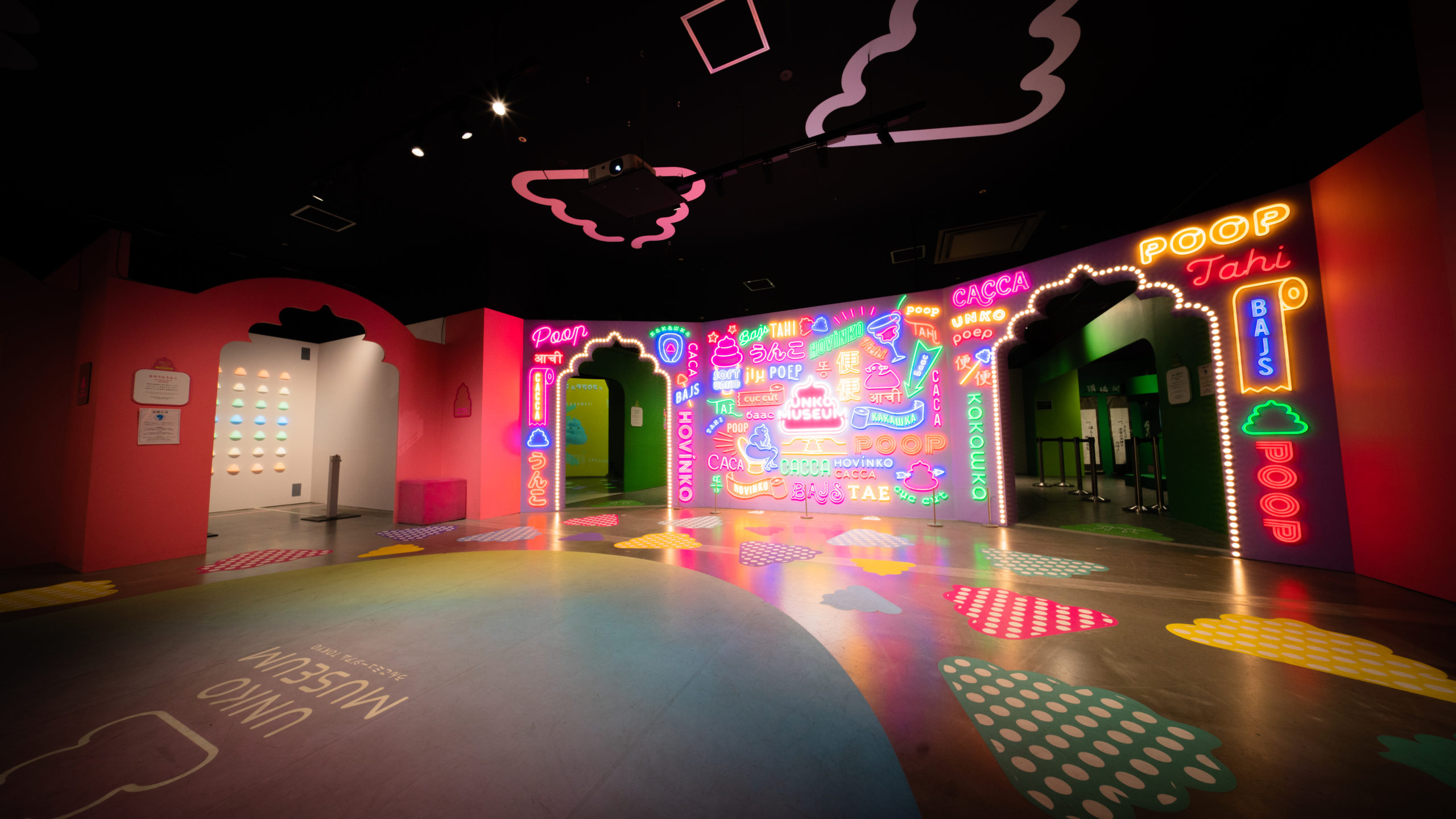 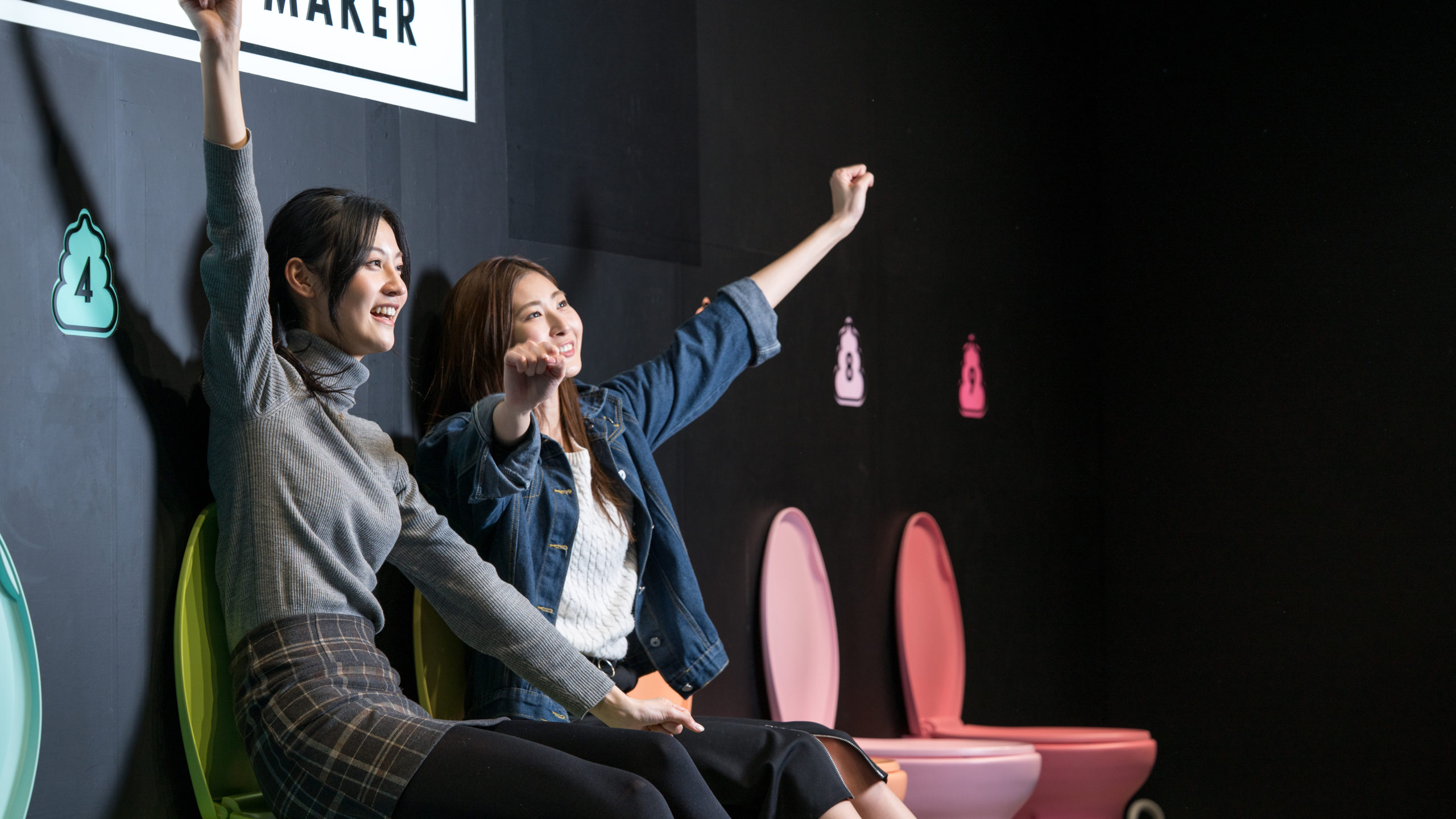 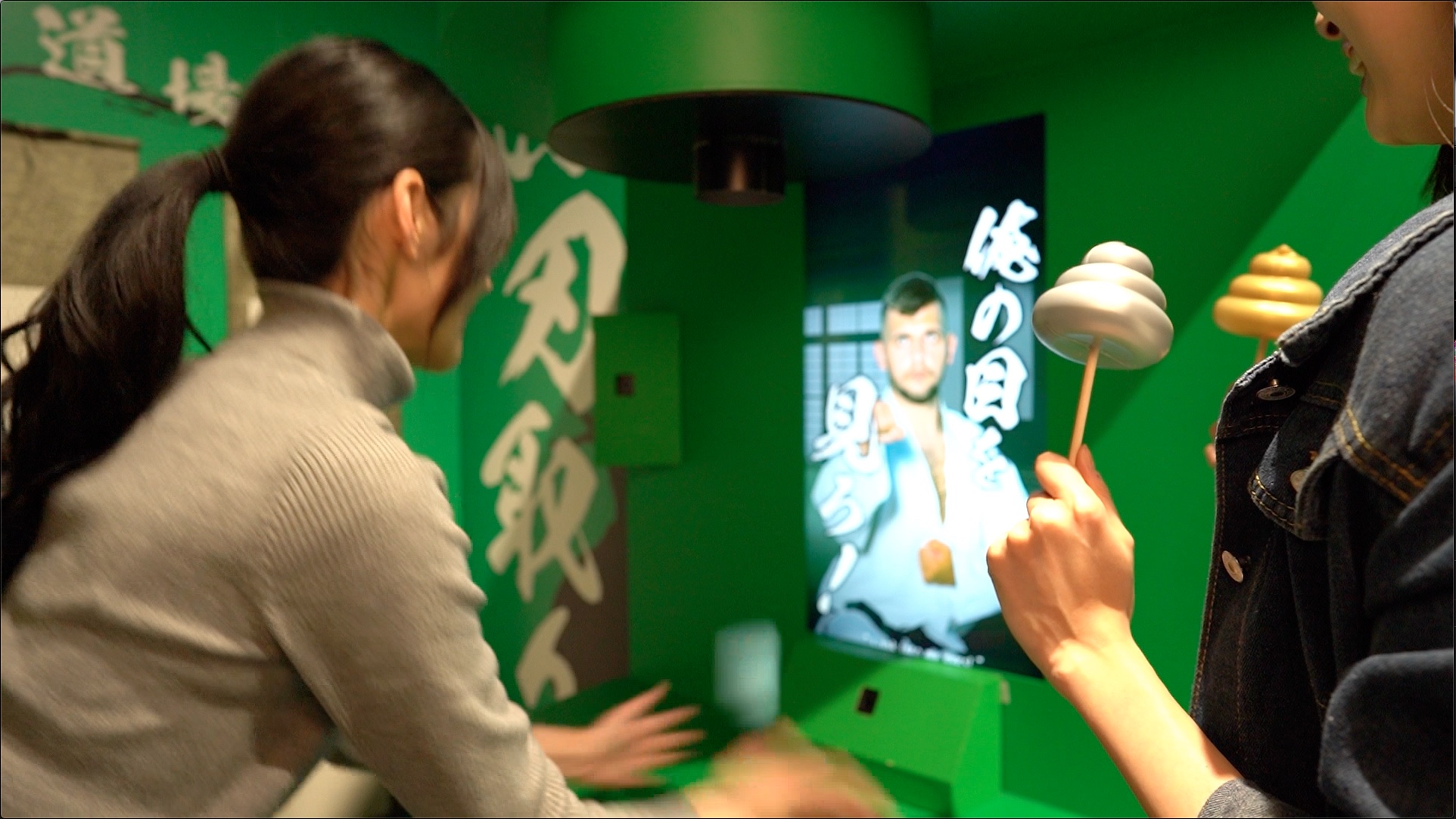 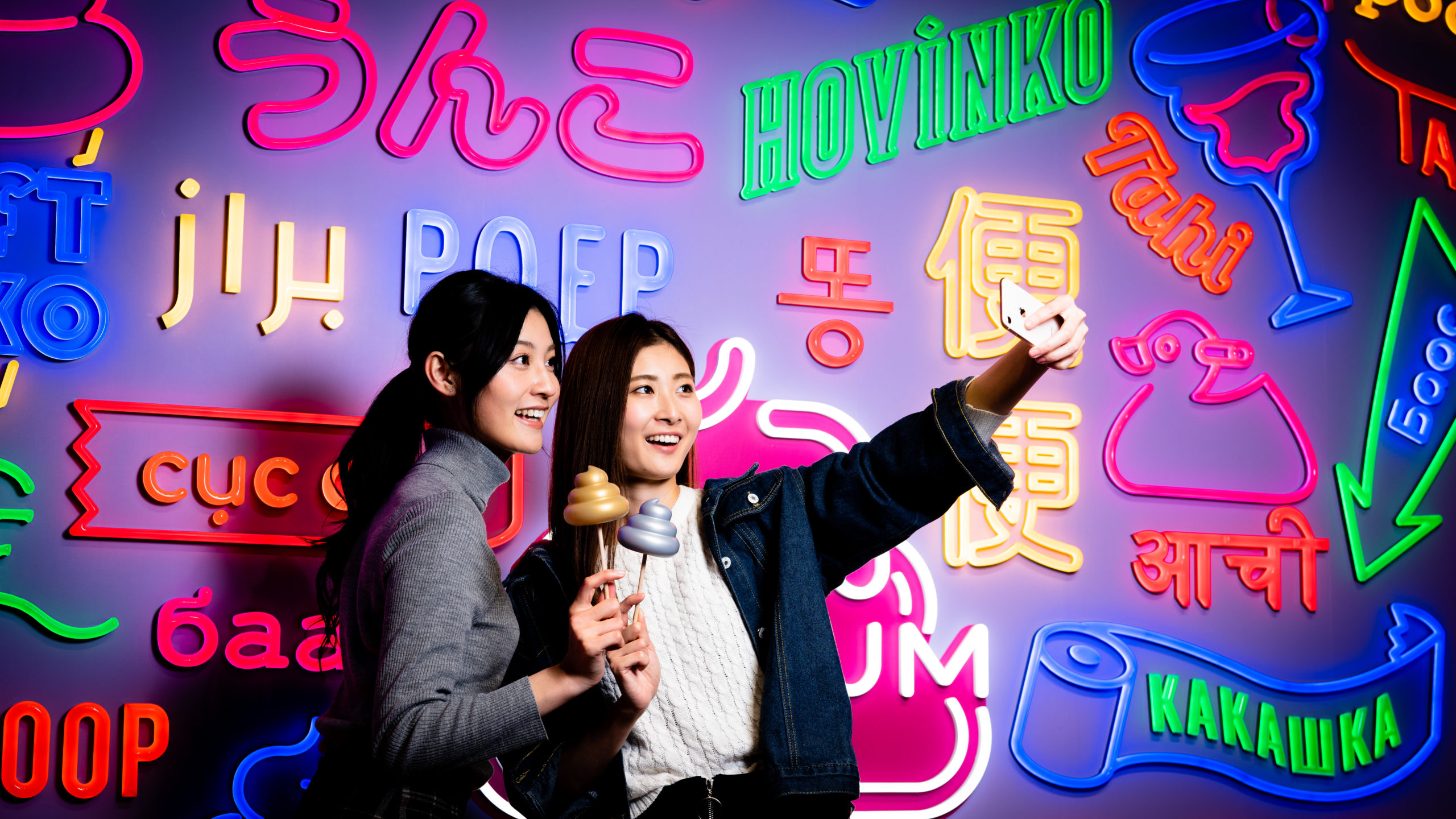 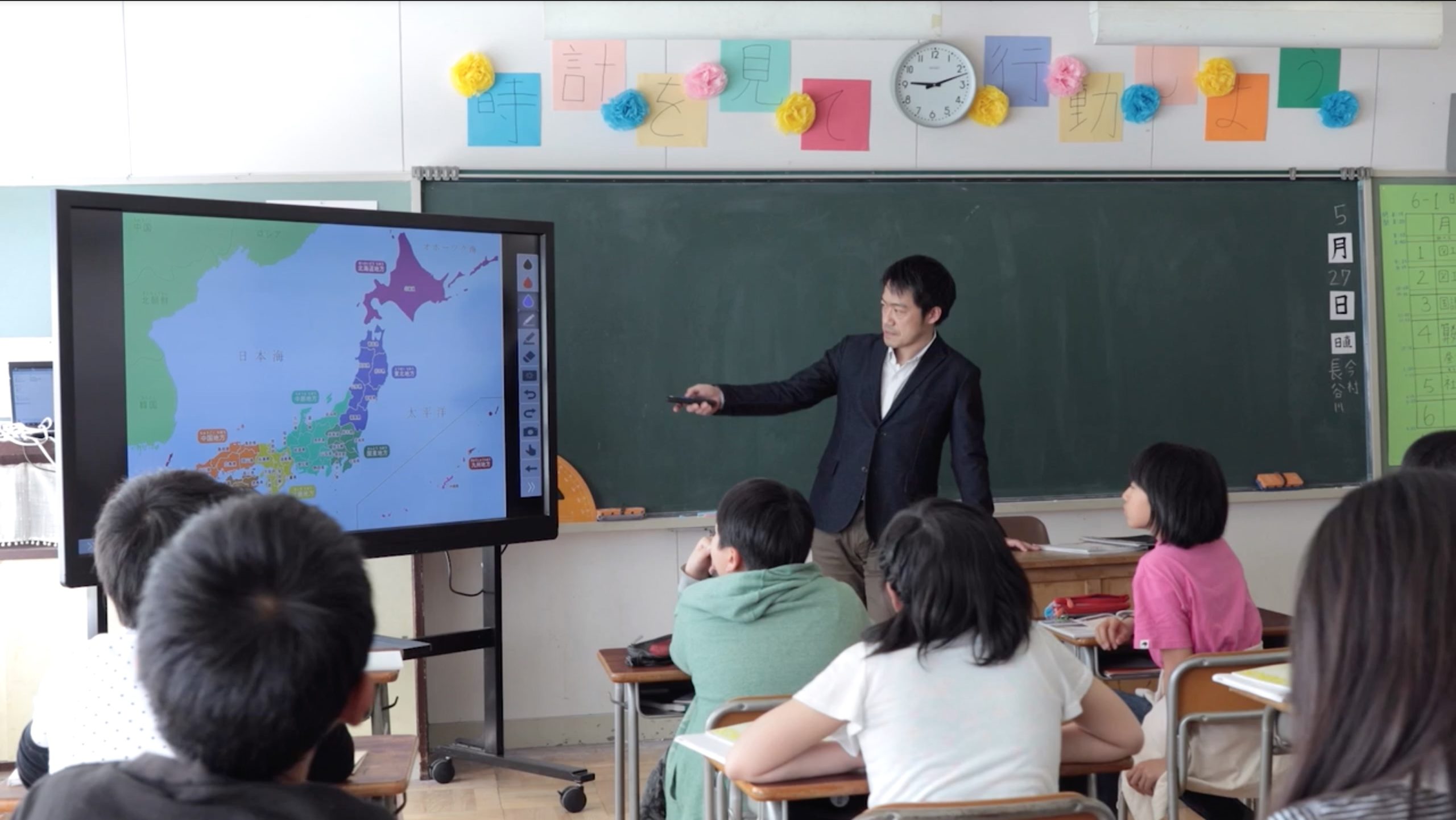